Imelda May - Fallin In Love With You Again

Imelda May is a fabulous Dublin singer/songwriter who has recently made a breakthrough on the International music scene. Her music style is Rockabilly/Blues and this song which she also wrote, is dedicated to her husband (who plays guitar in her band) and to her parents who recently celebrated their 50th wedding anniversary.
Posted by Blogaire at 22:10 4 comments:

No, I was not run over by a bus...
apologies to all my blog friends, I have been "off the air" recently and have not blogged or even logged in to blogspot. But I will be back sometime in the near future and I promise to catch up on all your wonderful blogs!
The reason for my absence? I am undertaking a major project in my life which involves a lot of time-consuming hard work. All will be revealed later!
In the meantime I will leave you with this wonderful, wonderful panoramic image of Bialystok, a city in eastern Poland which was sent to me by my good friend Maja who hails from there. You'll also find Maja (& Emily) at Majmilys.
Posted by Blogaire at 21:06 1 comment: 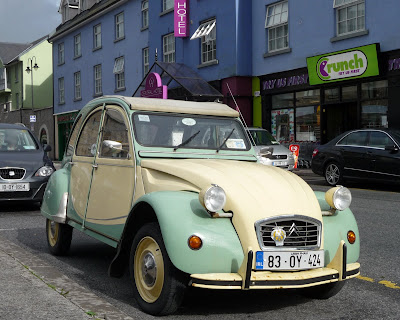 I spotted this cute little 1983 Citroen in Tullamore. The 2cv was produced by the French auto company from 1948 to 1990 and although it took on many guises the basic shape and mechanics changed little over 42 years of production.

Pierre-Jules Boulanger's early 1930s design brief, (after a pioneering market research survey done by Jacques Duclos), was to be astonishingly radical for the time, was for a low-priced, rugged "umbrella on four wheels" that would enable two peasants to drive 100 kg (220 lb) of farm goods to market at 60 km/h (37 mph), in clogs and across muddy unpaved roads if necessary. France at that time had a very large rural population, who had not yet adopted the automobile, due to its cost. The car would use no more than 3 L of gasoline to travel 100 km (78 MPG). Most famously, it would be able to drive across a ploughed field without breaking the eggs it was carrying.
Boulanger later also had the roof raised to allow him to drive while wearing a hat.

Call me crazy - but if I had a choice between the brand new Seat (parked behind) or the 2CV ... I would choose the 2CV without any hesitation!

King Street South, just off St Stephen's Green is dominated by the Gaeity Theatre
Posted by Blogaire at 23:02 3 comments: 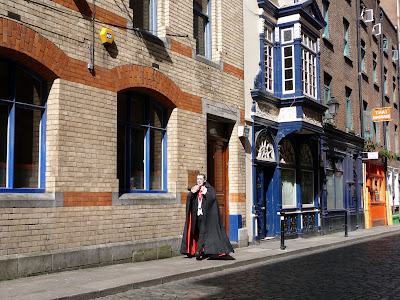 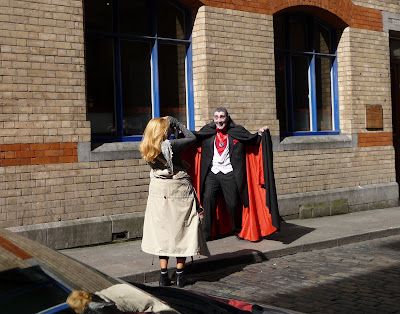 Posted by Blogaire at 00:08 No comments: 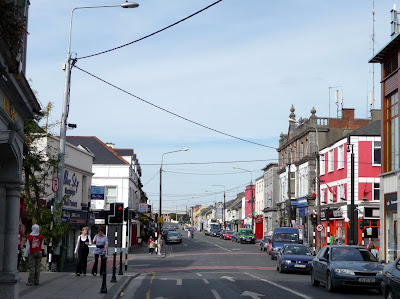 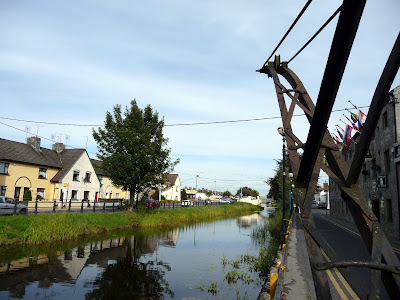 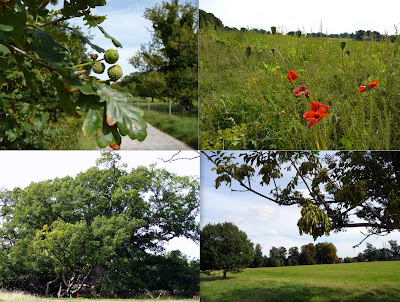 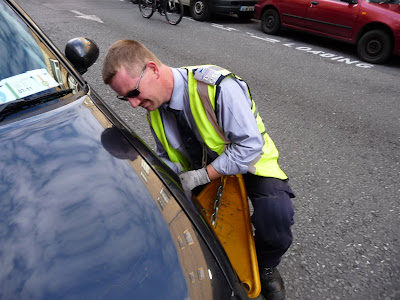